Thomas Signorelli is the choreographer of the twenty-fourth edition of the Concertone La Notte della Taranta on august 28, 2021.

Thomas Signorelli is an Italian television and theater choreographer who has been working in the entertainment world for many years. He is a modern-contemporary teacher and collaborates with some of the most important Italian and European dance centers.

In his career, Signorelli has been choreographer in programs such as Italia's Got Talent, The Voice Of Italy, Sanremo, Telethon, Eurovision Song Contest, And Then There Is Cattelan, The Voice Senior. In the world of fashion, he collaborates with Dolce & Gabbana, Armani and Valentino. Signorelli has signed Mahmood's choreography for Eurovision, Elodie in Sanremo 2020 and Malika Ayane.

In the last period he was guest choreographer on the program Amici and also of the program "A single hour I would like to have you"  by Enrico Brignano. 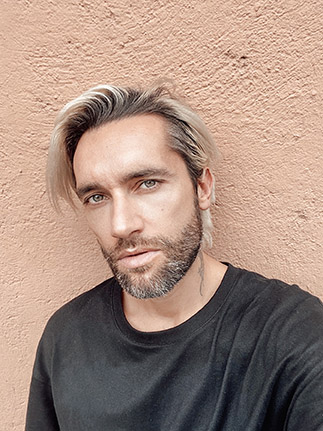 Thomas Signorelli will take his charge on La Notte della Taranta's stage. "Energy is what holds a group together, what makes a dance troupe a single center in which individualities are at the service of others. This is dance, pure energy. Going back to choreographing for an audience, and not just for a TV studio, makes me enormously happy. La Notte de la Taranta, explains Signorelli, is one of my dreams come true. I have already had the opportunity to speak with the concert masters, Enrico Melozzi and Madame, and I find in them the same power I want to bring to the stage. It will be an exciting Taranta with engaging choreographies ”. Signorelli, who in these days met the Corps de Ballet of the Taranta composed of Serena Pellegrino, Mihaela Coluccia, Lucia Scarabino, Cristina Frassanito, Stefano Campagna, Andrea Caracuta, Fabrizio Nigro, Marco Martano, Mattia Politi, will return to Salento on August 16th, for the final rehearsals in view of the Concertone scheduled for August 28 in Melpignano.


The choreographer of the 24th edition of La Notte della Taranta was announced last night, during the first stage of the traveling festival which, from an established tradition, opens in Corigliano d’Otranto. After the pizzica workshop, which took place at the Flying Castle of the Grica town, the evening was concentrated in Piazza Vittoria. Started with the performance of Pizzica in Scena, it saw the dancers of La Notte della Taranta as protagonists. Right after the announcement of the new choreographer, the president of  La Notte della Taranta Foundation Massimo Manera, the mayor of Corigliano d’Otranto Dina Manti and the artistic director of the traveling festival Luigi Chiriatti have spoken.

The president of the Manera Foundation underlined how in this particular period, many efforts have been put in place to overcome the difficulties of the moment, in order to garantee a festival in total safety. On the other hand, Manera continued, it was important to send a message of hope, to restart the complex organizational machine behind a festival and an event of this type, because the workers, the artists must be supported in order to kick-start a circuit that has always been a flagship of our country. On the same wavelength is the message of Dina Manti, the first citizen of Corigliano, who welcomed the spectators of the crowded Piazza Vittoria. The artistic director of the traveling Festival Luigi Chiriatti illustrated some peculiarities of this festival in which traditional music meets the words of culture. Like Sternatia's appointment with Aldo Cazzullo, in "A riveder le stelle", a novel about the Divine Comedy and the birth of our national identity, made on the occasion of the seven hundredth anniversary of Dante's death, which will also see the reading of verses in Grico, the minority language of the Hellen-speaking area of Salento. In Castrignano de 'Greci, Moni Ovadia with "Without borders-Jews and gypsies", a recital of songs, music, Roma, Sinti and Jewish stories. These are just some of the events in which the mixture of our host land and other cultures, not just musical, mingle, in moments where sounds and words create new identity paths made of meeting and sharing.

Notes and words that met last night, in the sign and in the memory of Daniele Durante, the recently deceased genius of pizzica. The ethnomusicologist and eclectic guitarist has also been the artistic director of the Popular Orchestra La Notte della Taranta since 2016. Yesterday's concert by "his musicians" was dedicated to him.

Daniele Durante was a farsighted and avid researcher never willing to compromise. Music was his life. Until the last day he worked on the Reincanto concert, which includes 15 pieces by 15 concert masters, available for free on ItsArt, the digital channel dedicated to culture of the ministry of cultural heritage. One of Maestro Durante's goals since his appointment as artistic director has been to provide the orchestra with its own recognizable sound, also drawing from other territories, from San Vito to Lizzano, from Torchiarolo to Ostuni. The memory of Luigi Chiriatti was moved. He underlined: "if today the pizzica is a distinctive sign of this land, a music loved and appreciated by tourists from all over the world is thanks to the research work of musicians like Durante who have stubbornly defended this land and its tradition. In the early years in which this musical genre was proposed, there was a wall around traditional musicians. The rejection of this music was a rejection of the poverty that had characterized the people of this land for years. Today that refusal has become Pride ”.

Gianluca Longo, currently coordinator of the Popular Orchestra La Notte della Taranta who is jointly entrusted with the artistic direction, also recalled the figure of Daniele Durante to whom he had approached almost with awe in a first meeting as a child, when he began to experiment with popular music and then meet him again after many years and work with him. “His guitar is here among us, in tonight's concert, and it always will be,” said the musician Longo before starting the concert as a tribute to the maestro.